On my last blog post, just as I was about finished, I found a link to my old blog post called "PrintrBot," I noticed that in that blog post, I had taken a time-lapse video of a print. It looked better quality then the Octoprint camera I have now, so I thought it would look better if I could use my old iPod touch for the Octoprint camera. I did some googling and found a forum asking the same question, and the answer was yes! You could use an iPod or iPhone as a camera for Octoprint. So I followed the steps. The first step I did was go onto the App Store on the iPod and found an IP webcam app and downloaded it. Once that was done, I opened the app. It showed the IP address I needed to go to to view the live stream. And then I hopped back onto my computer and typed in the address. It had worked. It showed the camera feed from the iPod. So far, so good, then I went to Octoprint and installed a plugin called multi-cam, a plugin for monitoring separate cameras and quickly adding webcams to Octoprint. Once that was done, I added a new camera and typed in the IP address, but it did not load. The reason was (which I found out a few frustrating hours later) because the IP had linked to a place where it had settings and other stuff but what Octoprint wanted was the Video stream direct IP instead of a site with a ton of controls. The way I got the direct address to the video stream was by right-clicking the video feed and then clicking "Copy Image Address." and pasting that address into the stream URL on the multi-cam control panel, and it worked now I can use both cameras. Here is a picture of the control panel with the iPod video stream on: 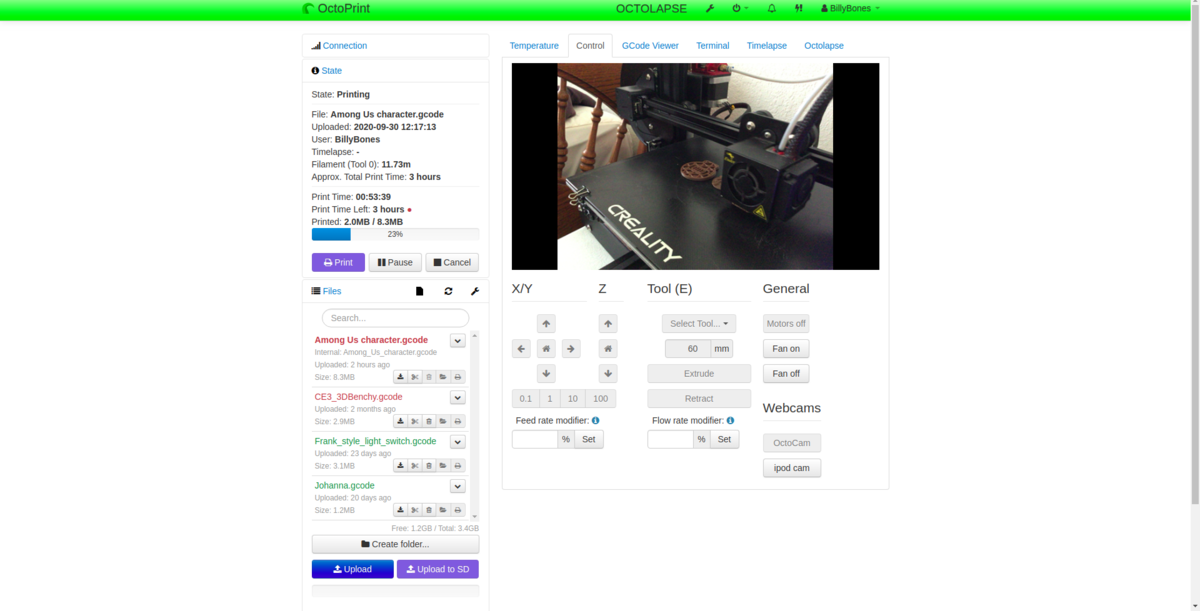