It's not clear that it is available for purchase yet. I heard about it first from a podcast called SQPN that discusses technology.

It's also really cool because the ports on the keyboard are located in the back:

I will write a follow-up blog post when it arrives!

Here's an example of a real retro keyboard with a built-in computer from the 1980s. It was called the Commodore 64. The Commodore had 64 Kb compared to the Raspberry Pi 400 that has 4GB of RAM. My Dad was in high school when the Commodore came out, and he remembers one classmate who had one, but no one else had one in his class. These movies came out the same year as the Commodore:

Here are some old ads for the Commodore: 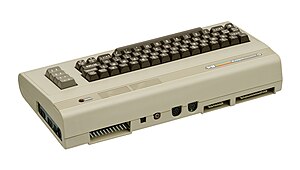