Today I decided to check out the different Octoprint 3rd-party client apps on the Apple app store. The first one I tried was called:

Kraken was not that bad actually, but one problem I noticed was that when you pressed the movement controls, you would have to push them twice for it to respond.

One thing I noticed with this app is that it was compatible with Siri, which meant I could tell Siri to start printing something on my printer file list. I also really liked the colors and the layout of the app; it felt very clean.

This one did not work. And it felt like an old layout, the font was older. And there were no options or any customization.

I like this one actually because it felt like I was in more control of my printer. And most of the controls were on the same page, and there were many customizable settings.

This one I did not like so much because most of the tools did not work unless you paid for the pro version.

Most of the apps had a pro version where you could pay to unlock features. But I think I will stick to using the web instead, if I had to choose an app out of all of them I would choose 3DPC because of how much control I have on that app. This is a picture of OctoPrint on the web: 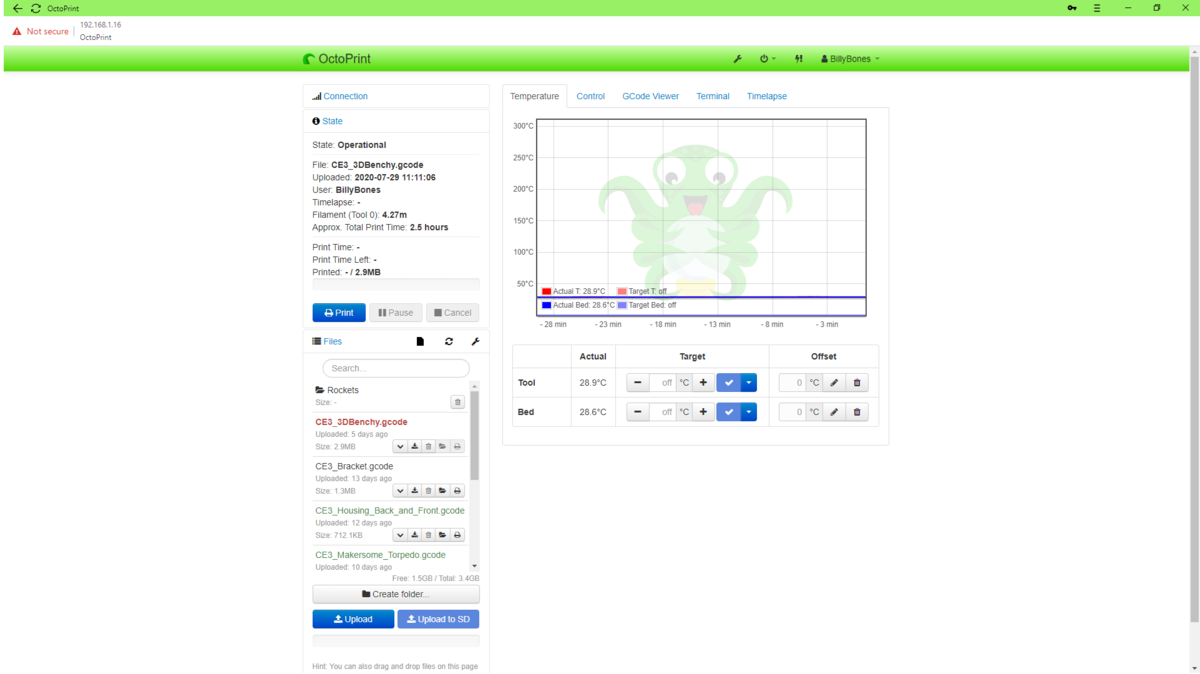