About six days ago, an app called Minecraft Earth came out. Minecraft Earth is an AR-based game. It was created by Mojang, which owns Minecraft. Minecraft earth is another game based off of the original pc Minecraft game. Minecraft earth is a game where you can walk around your neighborhood and collect Minecraft animals. What I think is the best part of the app is that I can build a house from the resources I collected from around my area, and I can see my build in real life through the phone. AR stands for "Augmented Reality." This means you can see virtual objects through your phone screen, and you can see the real world at the same time. It's like a virtual object placed on top of the phone camera. For example, if you walked outside and looked on the ground you would just see what you normally see, but if you looked at the phone with the app open you will see a little Minecraft world that you couldn't see without your phone. The game took about maybe a year or so for them to make the game. But it is a very fun game to play, especially with other friends! 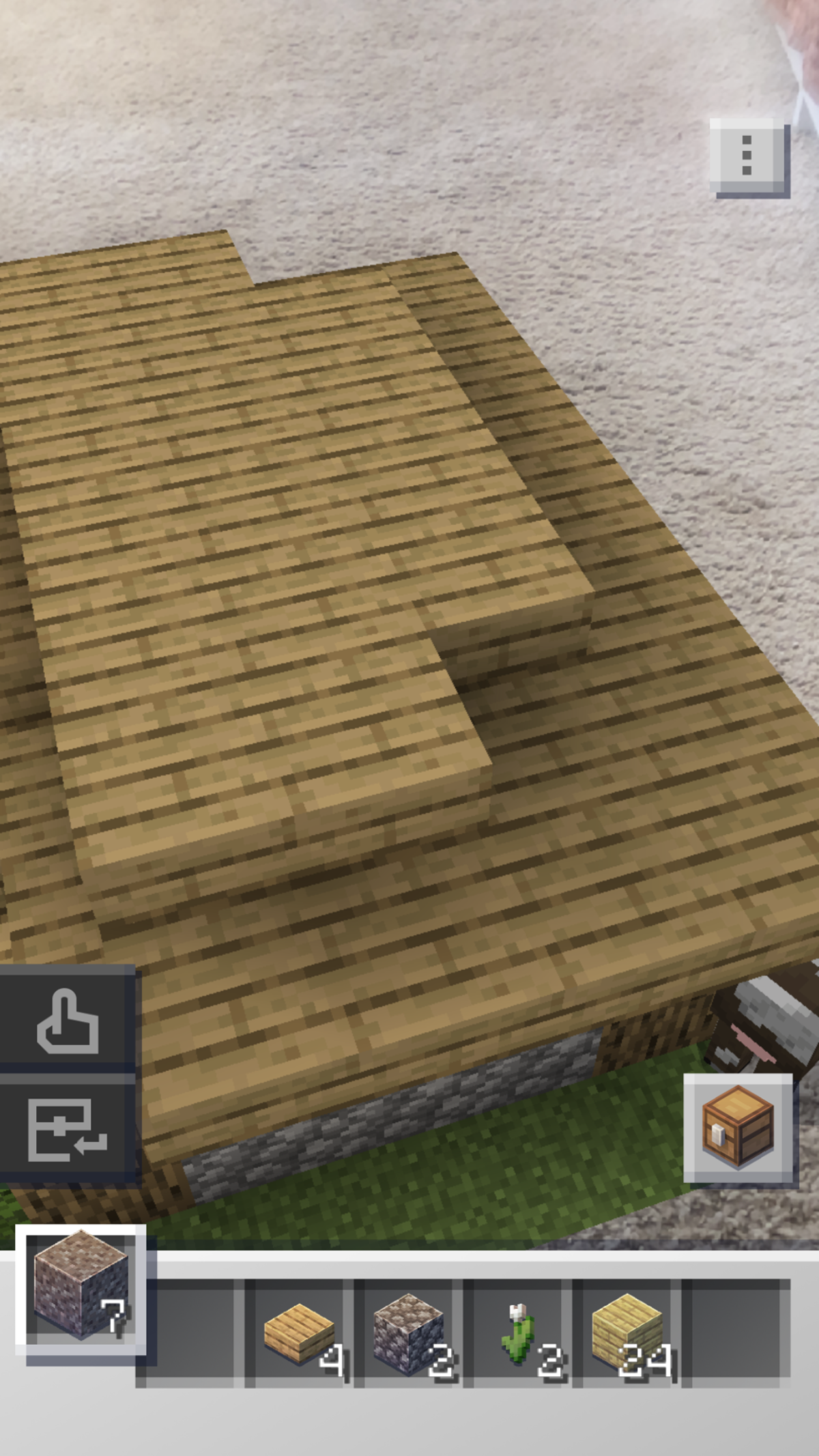