Yesterday the Creality Ender-3 arrived. In a post I did last week. I explained that I had ordered an Ender-3 off of eBay. It took about a week to arrive. I was excited to open the big box and start assembling. Assembling the printer was easier than I had expected, after a few bumps of assembling and taking apart I finished, and it took me about an hour to two hours. It came with sample white filament and a couple of simple 3d models, so I started a sample model of a dog and went to bed. The next morning, I took the dog off the print board, and I was surprised it printed quite well. The top of the dog's head messed up a bit, but that was because the filament sample roll had become loose at the end. I can't wait to start printing! Here are some pictures of the new printer next to the old printer: 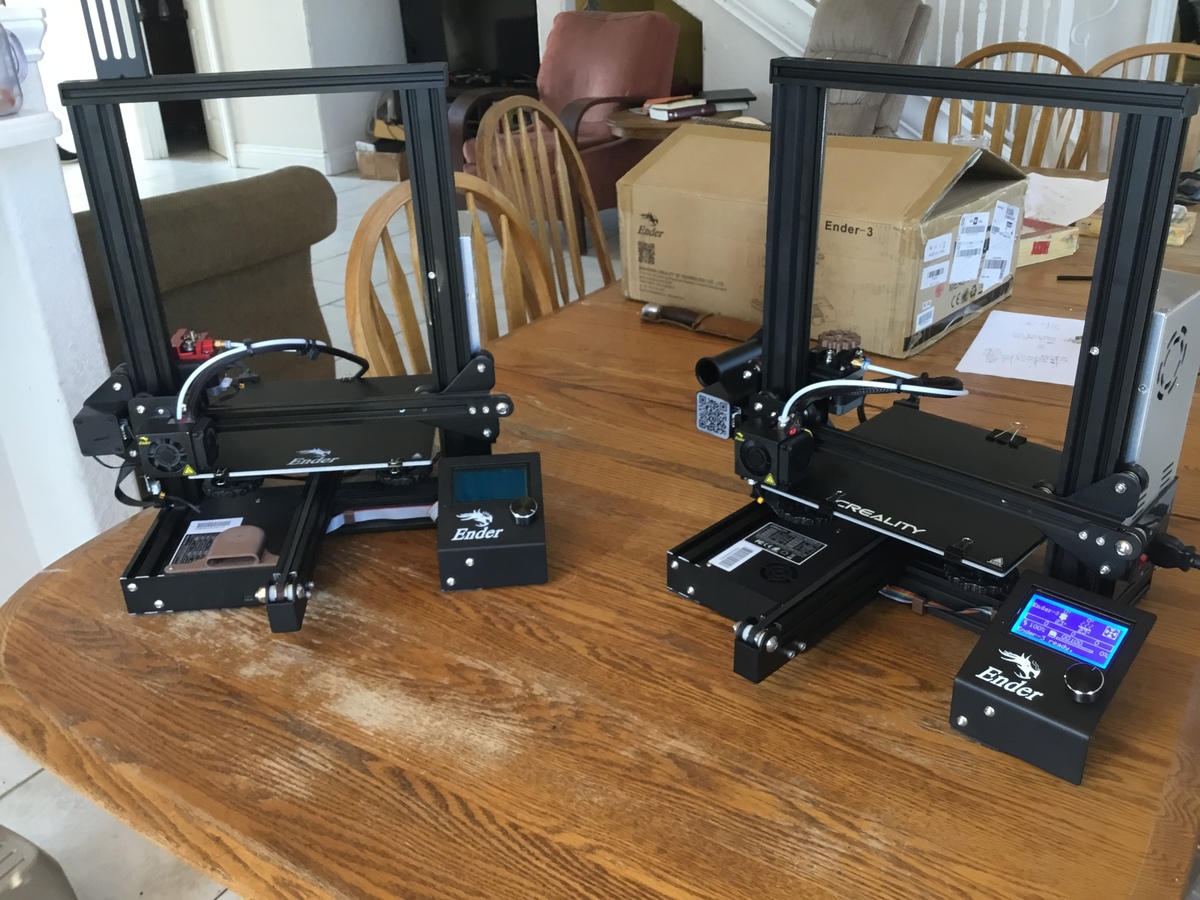 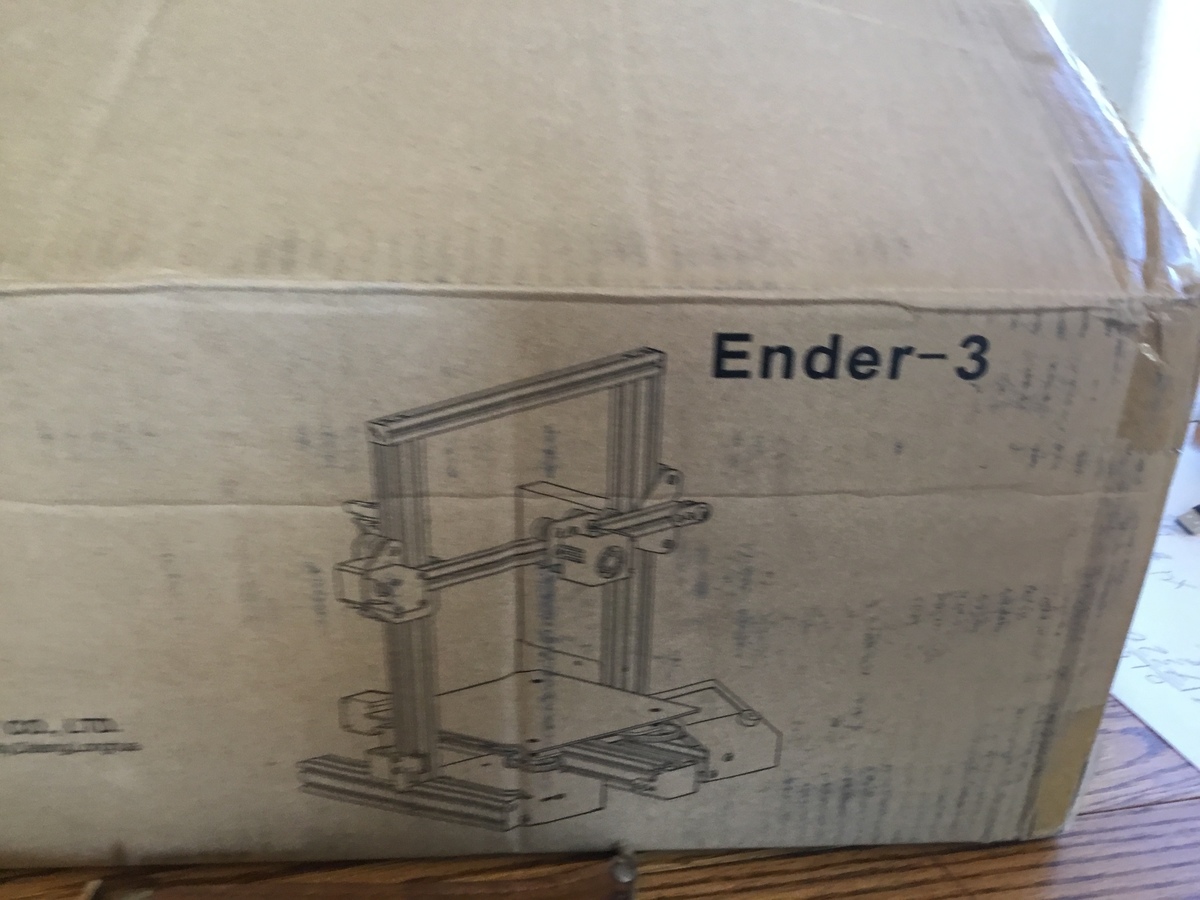 (New printer on the right)