A while back I was looking at upgrades that I could 3D print for my ender-3 printer. I had found a couple of youtube videos on that but this one is the one I liked most:

1. The first upgrade I printed was a fan cover for one of the fans, it took about five hours to print! Which I had not expected to take that long, but when it finished it fit perfectly on, here is a picture I took: 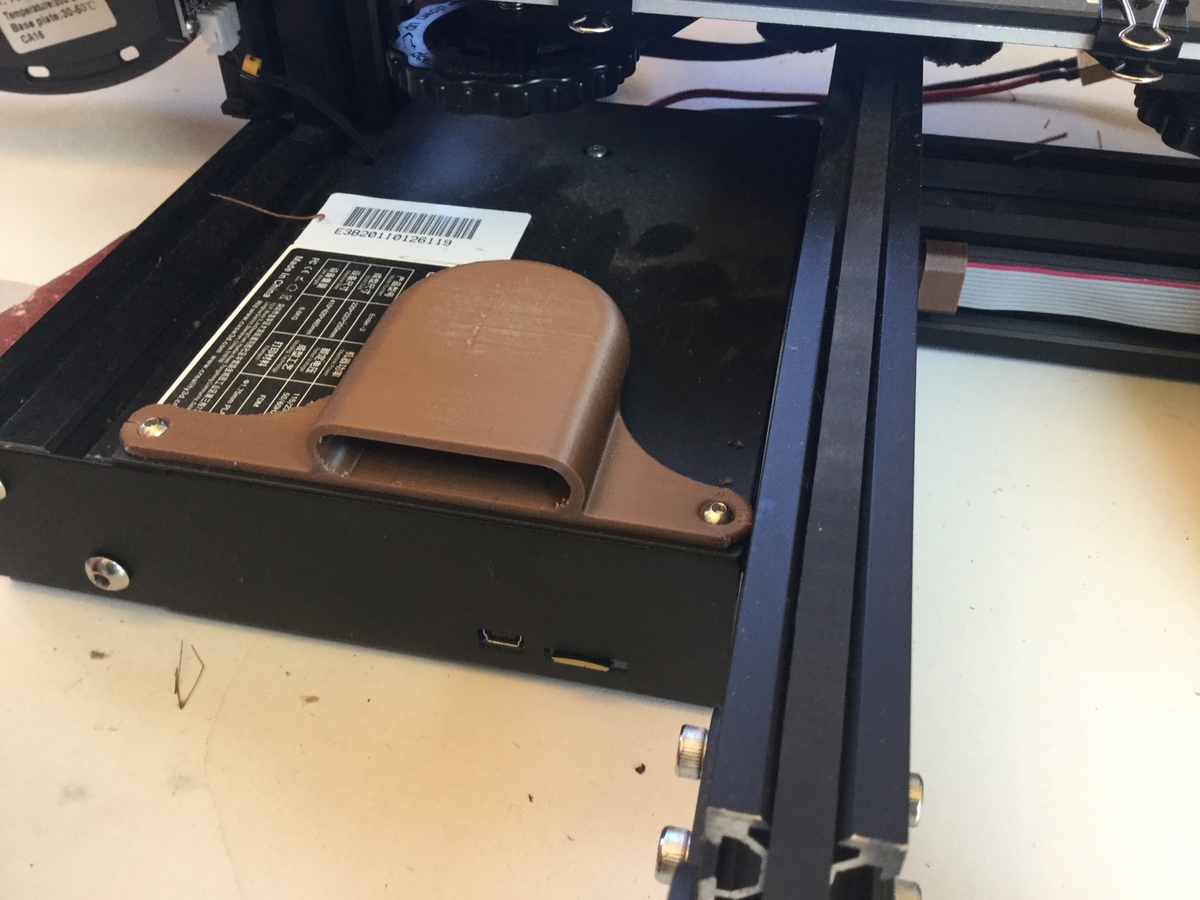 2. The next upgrade I printed was a cable clip, the cables on the 3D printer were getting messy and I saw this cable upgrade so I printed it. Actually, before I printed that cable clip design I had printed a different design I saw on Thingiverse, but when it had finished printing I tried to clip it on but It was too big for the Ender-3 rail. That was when I found a different one on Thingiverse that fit the ender-3 rail. here is a picture I took: 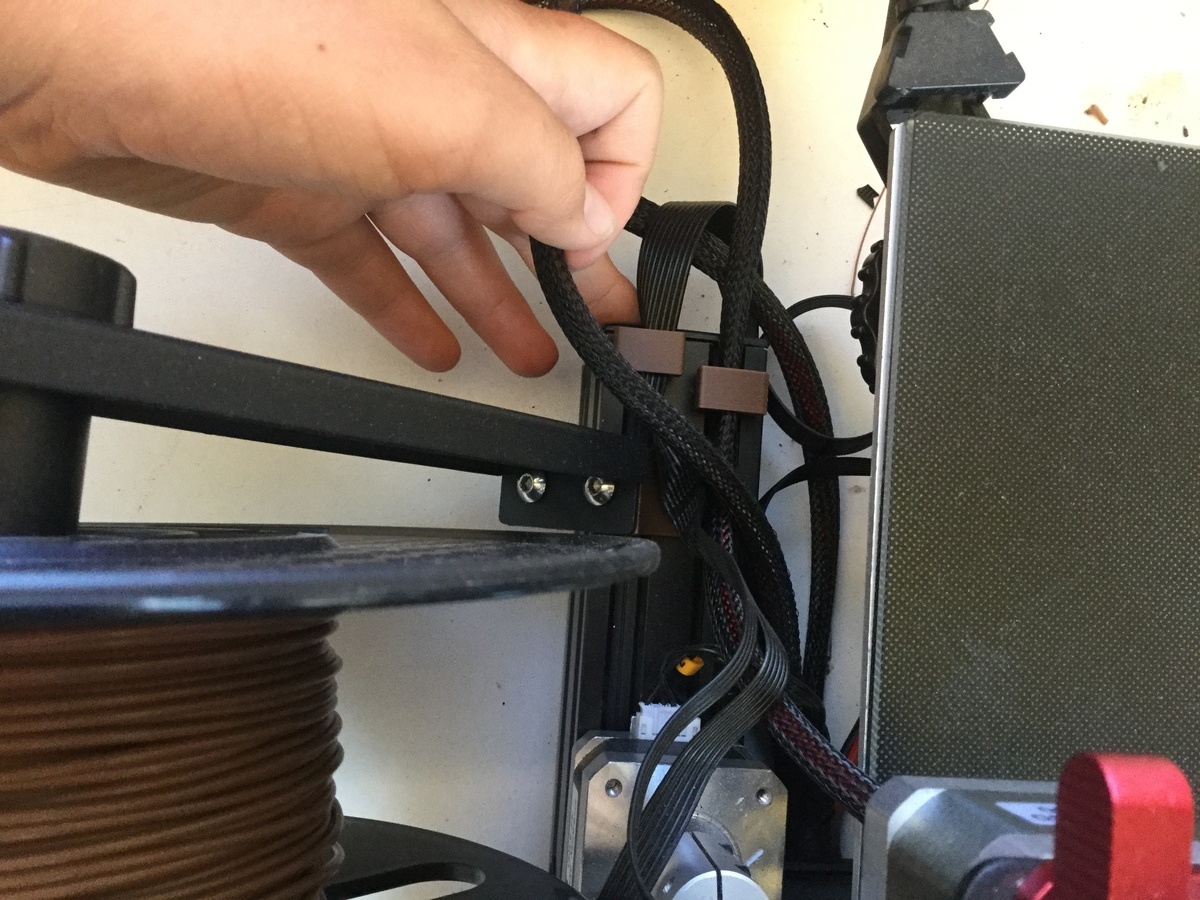 3. The last (actually first) upgrade I printed was an extruder nob, now this one was really helpful because before I had this I had to push the filament myself, but with the extruder nob, I could easily move the filament in and out by turning the nob. When I had printed it, it actually didn't fit on but my brother Gideon had a file to make the hole bigger so that the nob could fit on. Here is a picture I took: 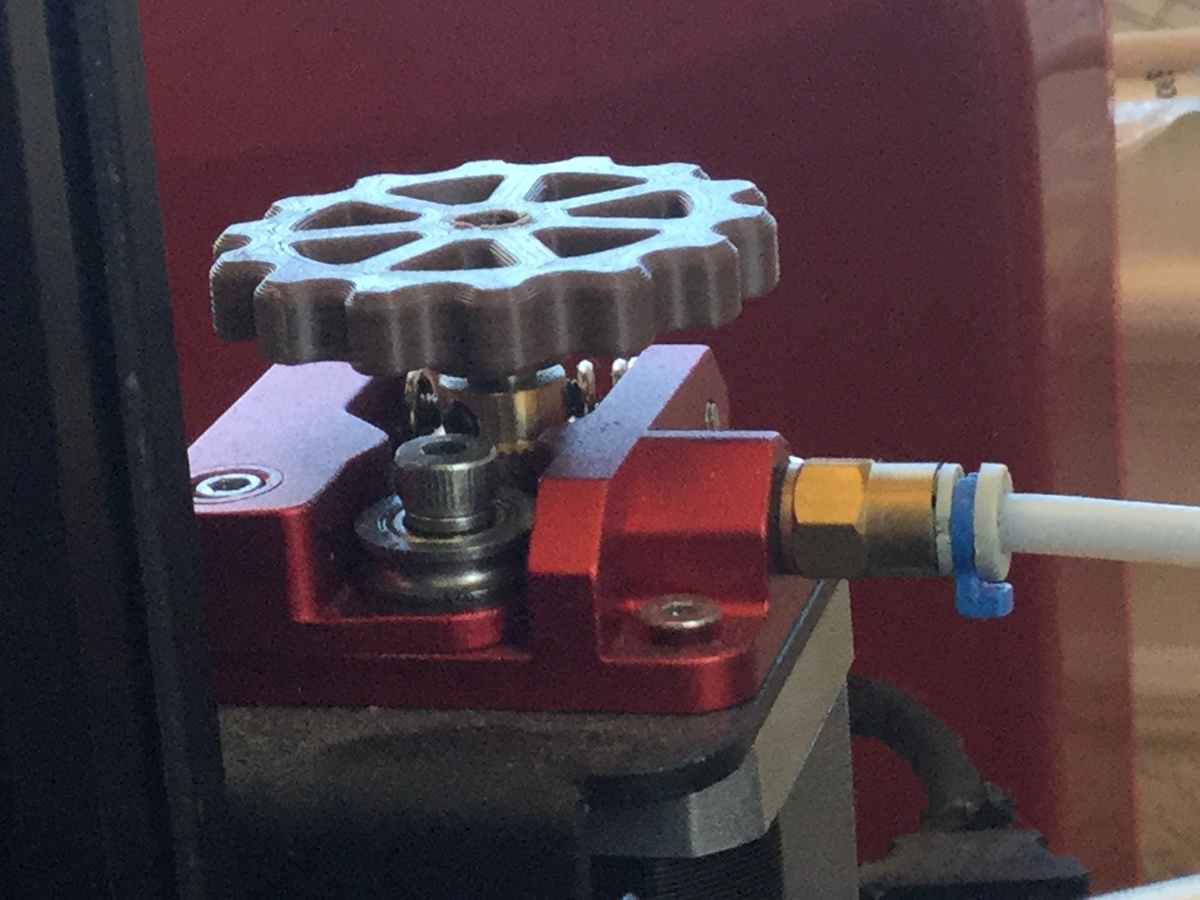