I watch a youtube channel called Mustard. Mustard is a channel that makes history videos about different inventions. In most of the videos I watched, he talked about aircraft. for example, in the most recent one, he explained the history of giant flying boats. It is called: what happened to giant flying ships? That video talks about when giant flying aircraft first came out and what they had been used for, and why they don't use them anymore. I like the videos a lot because he makes the videos very interesting because he makes a model of the subject he is talking about, and that sometimes he adds a bit of humor to the video.

Rome borrowed the idea of the aqueduct from the Etruscans and the Greeks, but the Romans perfected the idea. They perfected it by bringing lots of fresh clean, and consistent water to the city, it also benefited the sewage system because the aqueduct provided consistent water to flush the gross stuff out of the city, another benefit is irrigation. The Romans were master builders, so they only put 10% of the aqueduct above ground in case there was a war, they wouldn't want there enemies knowing where to stop the water flow into the city. And they built stackable bridges for the aqueduct rather than two side-by-side bridges for the water to travel. For the Romans to keep the water flowing to the city, they built the aqueducts very slightly slanted over many miles. I am fascinated by how much water the aqueduct would have to bring into the cities by rainwater or rivers or by the mountains

An aqueduct is a man-made channel that lets the water flow into the big cites. We use running water daily, and for an example, your shower will have running water when you turn it on or when you are using your faucet to wash your hands or to clean the dishes. The Romans didn't invent the aqueduct, but they perfected the design of the aqueduct. Here is an image of how a Roman aqueduct works:

Romans loved the shape of a circle because they thought the shape of a circle is the perfect shape. That is where the Romans got the inspiration for arches. The Romans got the love of the shape of a circle from the greeks who thought the circle was also a perfect shape next to a sphere. The Romans built the foundations of the bridge using cofferdams, cofferdams were used to build the bottom of the pillars for the Roman bridges. A cofferdam is made by tying big wood logs together to form a wall, then they pump out the water from inside the barrier. once they are finished the water is pumped back into the cofferdam, and then they remove the barriers. I used wondered how workers were able to build the pillars underwater it makes a lot more sense now. Here is a video about cofferdams:

Going across terrain is hard, but it is even harder for the Romans because they would build straight roads across the landscape. They would run into a lot of streams, rivers, canyons, etc. and therefore needed to build bridges. With bridges, it is a lot easier to cross over obstacles. Bridges would mean that Rome wouldn't have to build a longer road to the side until they found an easier way to go across a river, for example. 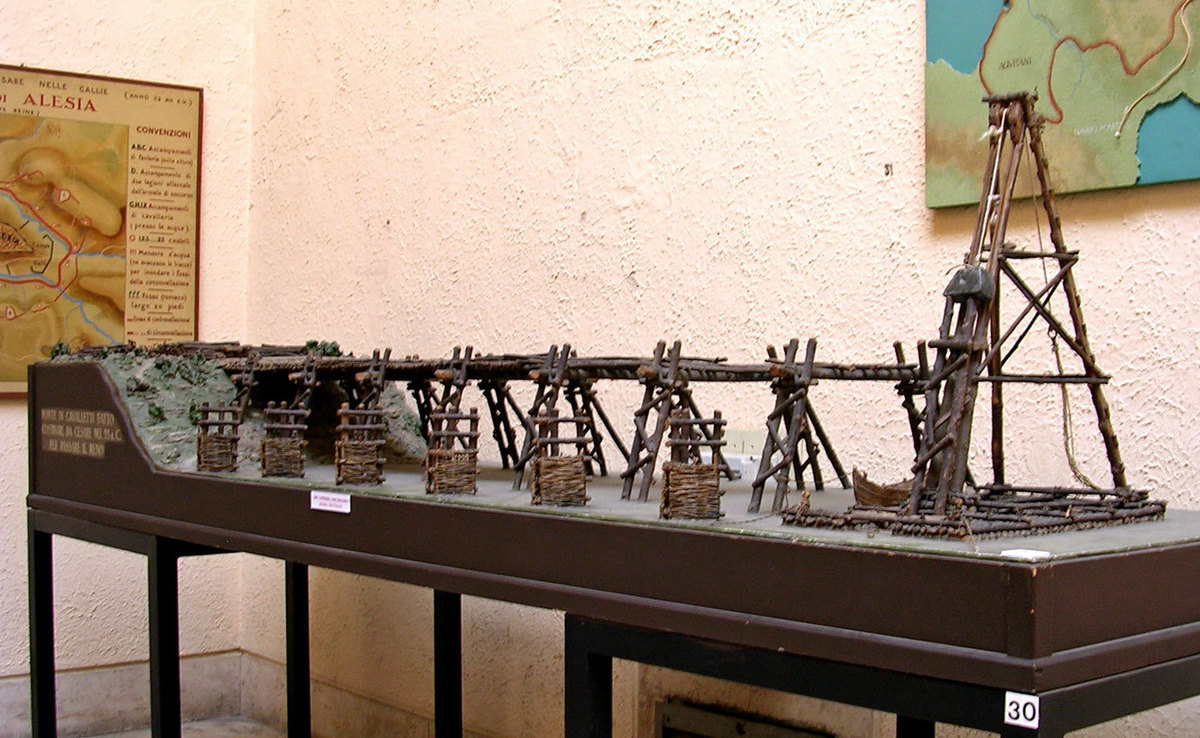